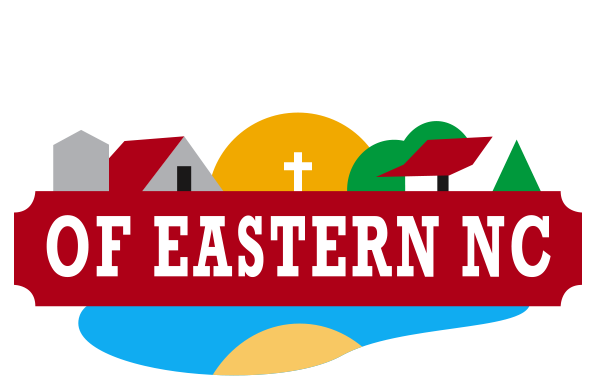 It’s often been said that through much prayer the greatest ministries emerge. Well, I can’t speak for other ministries, but The Refuge is a direct result of more than a decade of prayer from believers all across the eastern, NC region. So much could be said about how God has had His hand in building The Refuge, but for now I want to focus on how God united believers through prayer to build a place of Refuge in eastern North Carolina, for His glory.

Early in 2001 a great friend of mine approached me about serving on a board of directors to start a Christian camping ministry in eastern North Carolina. She shared how she had been praying for 14 years along the White Oak River in Swansboro for a place that children and youth could learn about Jesus and grow in a relationship with Him. I was thrilled to join in the efforts of pursuing this vision, even though we had no clue exactly where God was going to lead.

While serving on this board of directors of what was then Tomorrow’s Hope, I was also working full time as a church youth director in Kinston, North Carolina. It was there in 2004 that I met another gentlemen who I became good friends with and one day was asked by him…”Sammy, what do you want to be when you grow up?” At the time, being 30 years old, I thought it was a funny question, but I shared with him that I would enjoy being a camp director of a Christian camp. He smiled as he shared with me his passion to start a camp where inner-city children could come and find a place of peace and learn about the love of Christ, and that he too had been praying for many years about this place of Refuge.

By this time we had been working several years to obtain a 501c-3 and done a lot of leg work as a board. The only problem we had was… well…we didn’t have any land. After pursuing vigorously some property along the White Oak River, where we first thought the camp would be, it was made very clear that it would not be made available. Then we looked at several possibilities in Kinston and even though we found a few, the property was quite expensive and not really adequate for a camp. However, through it all we continued to pray, with the number of those catching the vision increasing daily.

After 5 years, as a board, we still had not found a place to set up camp and nearly decided to throw in the towel. This is when I met one more gentleman who was trying to talk me into becoming the new youth director at his church. Though I was never really interested in the position I became very good friends with him, and much like the others along this journey grew in my relationship with God because of our friendship. One day he invited me to look at something with him and drove me out to a farm in Greene County. He then handed me ten typed pages of a vision that he had more than 10 years earlier. You guessed it….It was a vision to begin a camp in eastern NC. He too had been praying for many years about this prospect. He asked if I would help get it started and shared with me that he had 165 acres of land that God told him he was supposed to give. I then shared with him about the others who had been praying for a similar vision and we both stood in awe. You see the land that we had in mind, along the White Oak River, was approximately 24 acres and the land that God is now developing is on 165 acres.

We have learned that this is God’s place and will be developed according to His plan. Countless, others have now joined in praying with us and have allowed God to use their gifts to His glory at The Refuge. There is still much to be done, but we continue to be dependent on Him and have realized that the greatest work that can be done by any of us, is the work done in prayer!